Thought I’d write a quick update on what’s been occurring in my photography world recently.  It’s been a pretty quiet summer as far as gig photography goes, plus I’ve been studying outside of working full time, and doing a bit of travelling, so I’ve not had time to get up to much gig going in any case!

I was recently asked by the lovely people at The Phoenix in Cavendish Square to take some photographs of their refurbished downstairs area to share on their website/social media.  They now have an amazing mural on the wall that extends from street level to the bottom of the stairs which is a fantastic addition, and the fixtures and new art pieces on the walls are just perfect.  The place looks almost unrecognisable to what it was – get down there and have a butcher’s if you can, as it’s ace! 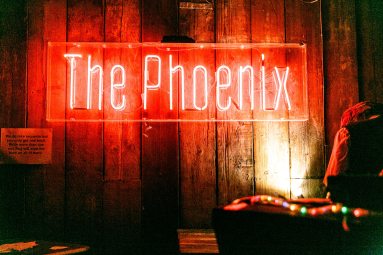 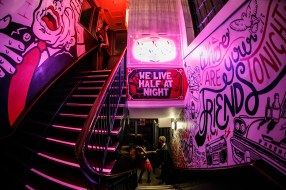 I got the chance to use my new lens that night as well – the Sigma 15mm 2.8.  She is LOVELY.  Great for getting absolutely everything in shot, which came in really handy for inside The Phoenix.  Will be using it again for club night photos as well, provided it doesn’t stretch people’s faces out too much 🙂

I’ve also taken live shots of some bands that were playing there a couple of weeks ago.  It was a last minute thing but really enjoyable.  The bands were all great and the celeb spotting in the crowd was much fun!  Penguins Rising were fantastic (Zac Starkey’s ‘new band’ – although singer Sharna Liguz completely stole the limelight), and The Valves are definitely a band that I’ll be going to see again.  Great line up and a really enjoyable night. 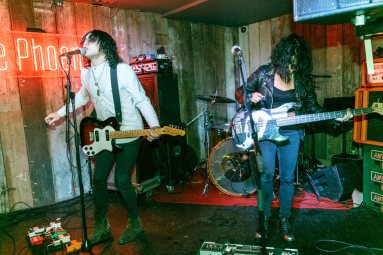 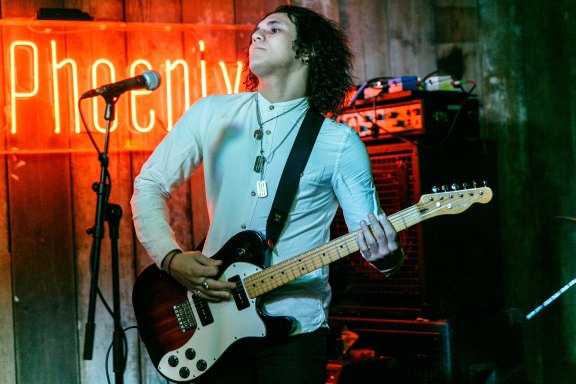 Have even MORE travelling to do in November which may or may not involve taking photos of bands.  Cambridge for Royal Blood, Nottingham for Kasabian and The Orwells in Bristol.  Oh, and Courteeners at Brixton Academy, but that travelling only involves one train stop from home.

Lots of other local gigs coming up as well so stay tuned!

Error: Twitter did not respond. Please wait a few minutes and refresh this page.

A journey of self learning and growth

Another Kind Of Mind

A Work In Progress

A Britpop party. First Friday of every month at the Buffalo Bar, Highbury Corner

photographing gig action in and around London town

My Manchester, By Cheryl x

The things I love about Manchester, including some personal ramblings x

Land of Sunshine
everything you touch turns to gold

A blog concerning films, filmmaking and the films made by Strange Tea Productions. Did I mention it was about films?